3 Durban Stars training for Mars One 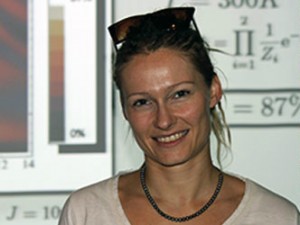 Durban Students in training for MARS ONE – The next giant Leap for Mankind!

University of KwaZulu-Natal student Divashen Govender,  Adriana Marais and Michael Grundling are ecstatic at the prospect of possibly living on the red planet of Mars – even though they may never return . The three are among the 705 people short-listed from more than 200 000 applicants worldwide.

Pinetown resident Divashen Govender, a possible candidate for the Mars One flight to Mars in 2024, is looking forward to the new science that will result from living on the red planet .Adriana Marais, a PhD student at the University of KwaZulu­Natal’s School of Chemistry and Physics, Divashen Govender ( 22) and Michael Grundling ( 26), both from Pinetown, are the candidates for the one­way trip scheduled for 2024. Grundling is a computer technician.

They are among 705 people around the world short­listed as possible candidates for the 24­ person Mars One plan to establish a permanent human colony on Mars by 2025.
Govender, currently doing a BSc in Applied Maths and Physics at UKZN, has been interested in science and space as long as he can remember. “I have this ultimate dream and the will to pursue it no matter what,” said Govender, who is in­spired by astronaut Gus Grissom who died in 1967 during a training exercise for the Apollo 1 moon mission. “When we were six or seven my cousins and I used to set ourselves science questions to see who could top the other.”

“Growing up I have never wanted the normal life and dreamed of doing something extraordinary. “I have always been into astrophysics and loved studying the stars, wanting to know more about the other planets. I am well aware of the risk and have accepted that I could be living on Mars in 10 years’ time. Govender was immediately attracted to the project. “It doesn’t matter if I’m finally selected,” he said. “I just wanted to be part of it.”

He isn’t fazed that, at present, there’s no coming back from the red planet. “I have no delusions about the risks involved.”

“The thought of a one-way trip to space is not affecting me as much as it is other people around me. I have always wanted to go into space and now I am one interview away from reaching my dream. I found out in December that I had made the second cut, and kept it to myself,” Govender said.  The 22-year-old applied mathematics and physics student has the opportunity to be among the first earthlings to inhabit the planet as part of the worldwide Mars One Project that is planning on sending people to live on the planet for the rest of their lives.

It’s exciting so I am focusing on the positives of the project.”  The would-be astronaut has braced himself to say a final goodbye to his family and friends, and making new ones in space, “hopefully Martians”. His possible space trip has made his parents proud and nervous at the same time.

If he is chosen the Govenders will have to say goodbye to their son for the last time on earth in a decade’s time.  “My parents are not so keen on the idea but are being supportive, they thought I was not serious at first, that I had not thought everything through and I even had relative calling me up to see if it was true. “I will be staying in constant contact with them as we can use messaging services like WhatsApp in space and we will have the fastest internet connection ever,” he said.

Organisers are planning to launch the first group of four people in to space by 2025 and Divashan is among those shortlisted. The groups of four will include skilled personnel such as doctors and engineers, set to arrive every year or two after the first inhabitants arrive.  It’s a one-way trip that will take more than 10 years to prepare for, physically and psychologically.