5 South Africans through to round 3 of kamikaze Mars mission 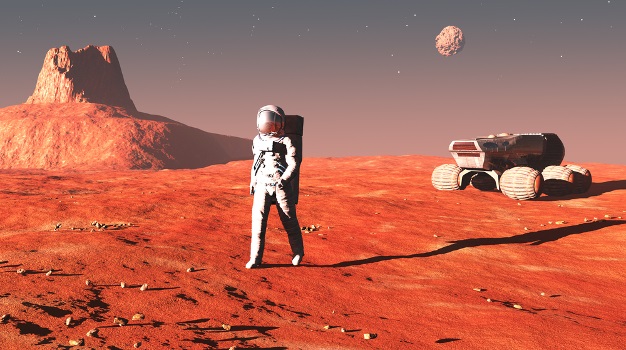 Cape Town – Adriana Marais from KwaZulu-Natal, Divashen Govender from Durban, Kobus Vermeulen from Pretoria (pictured below) and two other candidates, only known as Edwin and Alexandra, are the five South Africans who are still in the running to go on a kamikaze-type mission to Planet Mars in 2024.

These SA citizens were announced along with 95 other global candidates on Monday, 16 February, as the Top 100 Astronaut Candidates in the Mars One mission.

From the initial 202 586 hopeful applicants wanting to go to Mars, these 100 hopefuls have been selected to proceed to the next round of the Mars One Astronaut Selection Process. 50 men and 50 women were selected.

The Mars 100 Round 3 candidates were selected from a pool of 660 candidates after participating in personal online interviews with Norbert Kraft, MD, Chief Medical Officer.

During the interviews the candidates had a chance to show their understanding of the risks involved, team spirit and their motivation to be part of this life changing expedition. Dr Norbert Kraft said after the interviews that they “were impressed with how many strong candidates participated in the interview round”.

One South African Top 100 Martian, Adriana Marais, told KwaZulu-Natal’s Daily News that she thinks her 10-minute interview with Dr Kraft, which was hosted in Stellenbosch by the National Institute of Theoretical Physics, made her proceed to be in the Top 100.

She said that he, Dr Kraft, only asked her three questions, one of which was ‘If I could go home after three years on Mars, would I?’ She believed her answer to this question secured her place in the Top 100.

Marais responded that she would be going on the mission long-term, and three years wouldn’t be nearly enough time to get into her research, which focuses on the origins of life.

Marais (pictured below), along with the 4 other South Africans, are now one step closer to becoming the first humans on Mars. Bas Lansdorp, Co-founder & CEO of Mars One, said in a press release that, “the large cut in candidates is an important step towards finding out who has the right stuff to go to Mars,” He said that “aspiring Martians would provide the world with a glimpse into who the modern day explorers will be.”