5 things we learnt from Mars One finalist Adriana Marais 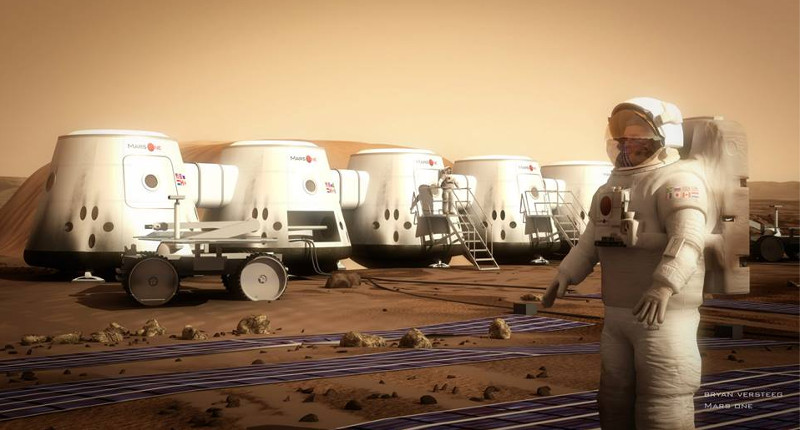 The opportunity to settle on Mars is simply too good to pass up for Dr. Adriana Marais, one of five South African finalists in the Mars One initiative.

The programme hopes to recruit several people on a one-way trip to the Red Planet, although there are several significant challenges that still stand in its way by most accounts. But if anything, Marais has some impressive qualifications, with an extensive background in quantum biology, for one.

The Mars One finalist was on-hand to talk about the opportunity and more at a Heavy Chef event in Cape Town on Wednesday night. What did we learn from the talk then?

There is an elephant in the room

The biggest concern is the feasibility of the Mars One programme, of course. Major questions have been raised about its funding and the technology required.

Aside from the controversy around the $6-billion figure quoted, Mars One intends to use the Olympics model of making cash from TV rights to raise the cash, but desired partner Endemol (of Big Brother fame) pulled out from talks last year. So how confident is she of the cash coming through?

“…I can’t answer that unfortunately. If I had billions of dollars to invest, I would… It’s all about the money unfortunately, so we’ll just have to wait and see,” Marais said in response to a Memeburn question. She added that there would be a general Mars One event on 3 June, so expect all eyes to be focused on this for any investment-related updates.

As for the technology, new tech would need to be invented to solve several issues, an MIT-backed study found. One of these issues, relating to excessive oxygen causing a series of events that results in suffocation after just 68 days, would need all-new technology to solve.

But Marais also drew comparisons between Mars One and NASA’s moon programme.

“So when NASA announced plans to send humans to the moon in the sixties, which they did eight years later… The gap between the currently existing technology and the technology that they developed was greater, I think, than the technology gap that exists now. So in eight years, it’s completely feasible that we develop the technology to safely land humans on Mars,” she explained.

It’s her best shot at going to Mars

Despite these obstacles, Marais reckons that this is still her best chance to go to the Red Planet.

After all, NASA and the ESA don’t allow non-Americans/non-Europeans to sign up as astronauts. But Marais is staying realistic about the situation though.

Marais added that “the odds are just too great” for her not to volunteer for the mission.

Of course, going on a one-way trip to Mars means you never get to return home again, which means everything you take for granted is ripped away from you. Marais envisions using virtual reality headsets to get a feel for Earth when she’s feeling homesick.

“So I can get other people to run marathons on Earth… and then run on the treadmill,” she quips.

Her background could help with fundamental questions

Marais is a researcher focusing on quantum physics, quantum biology and astrobiology – so how does that apply to Mars?

“Life sits in a very interesting intermediate point where both classical and quantum physics can play a role,” Marais explained.

She used photosynthesis as an interesting example of quantum biology in action, saying that the research could be applied to the fields of solar power. Of course, solar power will be an integral part of any Mars mission…

Marais says her fields of research could also potentially help figure out the burning question of how life in general started.

So how does the Red Planet figure into questions about life?

“One way, scientifically, to improve our knowledge of life would be to find another example of life…” Marais explained. After all, the Curiosity rover discovered that Mars could’ve supported microbial life in the past.

A breach in the wall is not a fun experience

The Mars One finalist shed light on what would happen if you had to run across the planet’s surface (without a suit) to the next habitat in the event of an atmospheric breach. And well, where do you start?

“You wouldn’t die immediately… Chimps can survive two minutes in a vacuum but not three,” Marais quipped.

The temperature “isn’t really the worst of your worries”, featuring an average temperature of around -55 degrees Celsius.

“Taking a breath of carbon dioxide… might kill you because you would pass out and die – unless someone helped you across.” She added that your eardrums could be damaged too, unless you stuck your fingers in them before making the run.

“The liquid on your eyes will start to evaporate at that very low pressure, so you might want to close your eyes…” she added.

“Other than that, you’re good to go!”