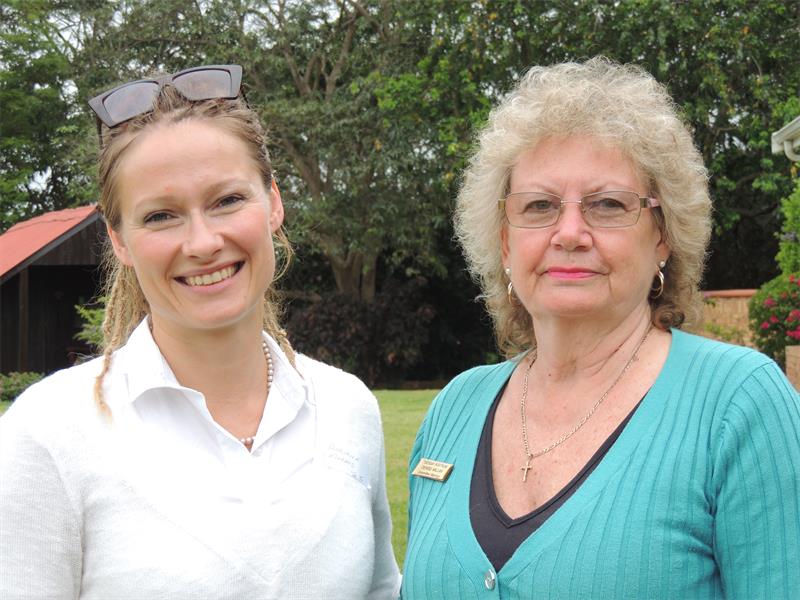 WILL earthlings be packing for Mars in just 10 years’ time?

“Watch this space,” said November Tuesday Rostrum guest speaker Adriana Marais. She gave a mind blowing but highly plausible presentation on the Mars One project, of her hopes for a one-way ticket to the red planet and of her aspirations of being among the first people to colonise it in 2026.

Mars One was a not for profit foundation that aimed to establish a permanent human settlement on Mars. It was steered by a formidable team led by two visionary scientists from the Netherlands, Bas Lansdorp and Arno Wielders. Funds were sourced from the private sector. A substantial amount of money was also expected to be raised by the making of a reality television programme on the process of choosing the final teams of astronauts to go to Mars, she explained.

The concept astounded her listeners but, as Adriana spoke, the fantastic idea of living on Mars became more and more possible and, disturbingly, on a rather surreal level, perfectly logical, too.

Adriana’s listeners felt they were looking into a future that seemed as crazy – but as crazily possible – as our digitally enhanced world would have appeared 50 years ago. Like the advent of computers the Mars project appeared to be science fiction fast turning into fact. So just who was this dynamic young speaker whose talk was perhaps the most riveting that had ever come from the Tuesday Rostrum podium?

Adriana is a beautiful, bubbly, intelligent, articulate young woman with a lovely sense of humour. She is a highly qualified scientist – a physicist and quantum biologist – who sees the prospect of moving to Mars as an amazing opportunity to advance her research on the origins of life. She is also one of three South Africans in the Mars 100 group, the 100 people from around the globe who have been selected for round one of the the Mars One project. This number would be whittled down to 24 astronauts, who would be divided into six four-person teams, one of which would be selected for the first one-way mission to Mars in 2026, Adriana explained.

As she spoke, some of the excitement she felt about the project started to rub off on her audience. She pointed out that all corners of our crowded planet had been thoroughly explored and that the only new terrains left to discover were beyond Earth’s confines.