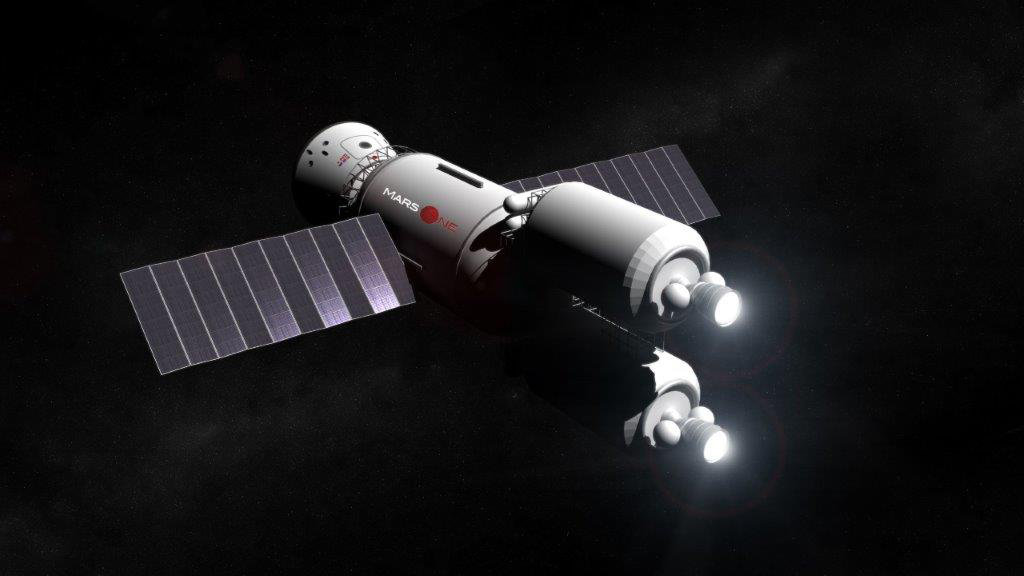 You gotta have faith.

Dr Adriana Marais is an enigma. Unquestionably bright, she is nonetheless posturing on the world’s stages about living the rest of her life on Mars. Is she barking mad – or just delusional?

I have spent hours trying to make some sort of sense of the enigma of Dr Adriana Marais, and what I write here is the results of that thinking – yet it comes far short of actually understanding what is really driving her.

Let’s get the basic facts down: Adriana is one of 100 finalists in a competition 200,000 people entered to select 24 people to take a one-way ride to Mars and set up a colony there – until they die, which will probably be sooner rather than later. The selection of the final 24 will be based on a gruelling test of the candidates as they cope with living in the Antarctic over winter. As Director at the Foundation for Space Development South Africa, she is driving an overwinter Antarctic Martian simulation experiment for 2020. This will be an excellent test-run for life on Mars as the winter surface temperature at Antarctica can get to the typical minus 50 degree Martian day.

One big question is how to sustain life on a planet whose average temperature is minus 55 degrees Celsius. The precedent is not good. An experiment in biosphere living in Arizona saw oxygen levels fall dangerously low. Adriana shrugs this off, saying it was a closed system and they will be able to harvest water and thus oxygen from the Martian soil.

Adriana says, ‘My research interests led me to the famous question, “What is Life?” Showing that life is sustainable on Mars, or furthermore finding evidence of life on Mars, would be one of the most important possible discoveries for humanity- a giant leap in terms of understanding who we are, where we come from and what the future may hold.” She says this with such conviction that it’s hard to doubt her. So, if she reckons she can go to Mars, who am I  to disagree? Well let’s look at some of the physical realities:

The Mars One project initially said it would get to Mars in 2024 – just five years from now, yet there are no plans in the next ten years from any of the major space travel providers to build the sort of craft Mars One needs. Elon Musk’s SpaceX is focussed on Mars colonisation and yet, after 17 years of development, he still has not got his spacecraft approved by NASA for human use – although he should get there soon. After failing to get his first rockets to fly, Musk famously realised that, “Space is hard.”

Mars One has already slipped badly behind schedule – and if it ever comes off, Adriana who is now 35 years old, may well be too old to fulfil her dream. Mars One says that plenty of missions are planned before the first humans are flown to prepare the way for their arrival. But the schedule has slipped – badly. By 2018 Mars One had expected that a Lander would have been sent to the planet as a trial-run. That would have been followed up in 2020 by an intelligent Rover, whose job is to scope out a good landing site, far enough north for the soil to contain a viable amount of water, but nonetheless still close enough to the cold Red Planet’s equator to get essential sunlight for energy from PV cells. Two years after that, in 2026, six cargo missions should head for Mars. These include another Rover, two living units and two life support units. These must land near the first Rover, which sets up the solar panels to power the units. Adriana says that the Rovers have to divine a place where there is enough moisture in the soil for the extraction of 3000 litres water. This could require millions of tons of soil processing. The PV cells will provide the 1.2 volts necessary for the electrolysis of water into oxygen and hydrogen; hydrogen for power and oxygen to breathe – which is important as the Martian atmosphere is 96% carbon dioxide.

When Mars is closest to Earth it takes about eight months to get there, and there is just one  window of opportunity every 24 months. Their spaceship will be a “Mars Transit Vehicle” which is supposed to be available by 2028. This Transit Vehicle is comprised of four parts which are launched on separate rockets from Earth and are then joined together in Low Earth Orbit: The four parts are: the two rockets, a Transit Habitat and the Lander. The rockets are used to propel the Transit Vehicle to the 50,000 km/h it will need to get from Earth orbit to Mars.

The 24 intrepid travellers cannot be expected to sit in a cramped capsule for the eight months, so they will have a Transit Habitat. Just the living room weighs twenty tons, so it’s a massive undertaking to get it into orbit for combining with the two rockets and Lander module. To support its human payload the Habitat will carry around 800 kg of food, 3000 litres of water and 700 kg of oxygen.

A second Mars One crew mission is planned for takeoff in 2026, for arrival the following year. It is estimated that the first Transit Vehicle launch will cost U$6 billion – but most experts reckon that’s horribly optimistic. So the elephant in the room is how on earth is Mars One going to raise enough money to pay for the construction and testing of at least two Mars Transit Vehicles? The company is raising money however it can: sponsorship deals, crowd-funding, philanthropists and licensing intellectual property rights. Then there’s the revenue from TV broadcasting rights. However, this got off to a bad start when TV producer Endemol pulled out of the project.

Progress so far is not good: so far Mars One has raised just U$1m – and has now gone bust. Undaunted, Adriana says, “Nothing changes for my plans… The mission to Mars is bigger than any one of us. We’ll get there. One way or another.” She has an unwavering faith that Mars is her destiny. As a physicist and aspiring extra-terrestrial, she believes that mankind is at a unique point in the history of life on Earth. Developments in science and technology have now made interplanetary travel possible.

With a fervour that flies in the face of temporal reality, she gives TED talks about the origins of life, the technology required to live on Mars and the projects working towards sending people there. She believes that the discovery of evidence of life on Mars would be one of the most profound contributions of science to humanity.

And she should know. Adriana’s postdoctoral research is on photosynthesis as well as the origins of life itself. During photosynthesis, plants convert solar energy into chemical energy which can be used as fuel. In plants, light energy from the sun causes an electron to rapidly move across the cell membrane and this is why solar energy capture in plants is so efficient. So not only will photosynthesis be an integral part of her Mars mission, but her fields of research may shed light on how life began.

Adriana has published numerous academic articles and received genuine awards. Usefully for the Mars One project, she is currently pursuing a second PhD to derive a resource-based economic model facilitating sustainable expansion beyond Earth.

This is what makes the smart Dr Marais such an enigma. Undaunted by the practical realities of her dream, or by the badly slipping schedule and the unlikelihood of raising enough funding, she’s travelling the world with the fervour of an evangelist, proselytising the young with her message of science, technology, engineering and mathematics (STEM) learning. Her mission is to inspire children and adults around the world to get excited about the future, believe in their dreams and remember Nelson Mandela’s words, “It always seems impossible until it’s done”.

For more insights into Adriana as a person, see her answers to 25 questions published as a face to face interview in this month’s FlightCom.