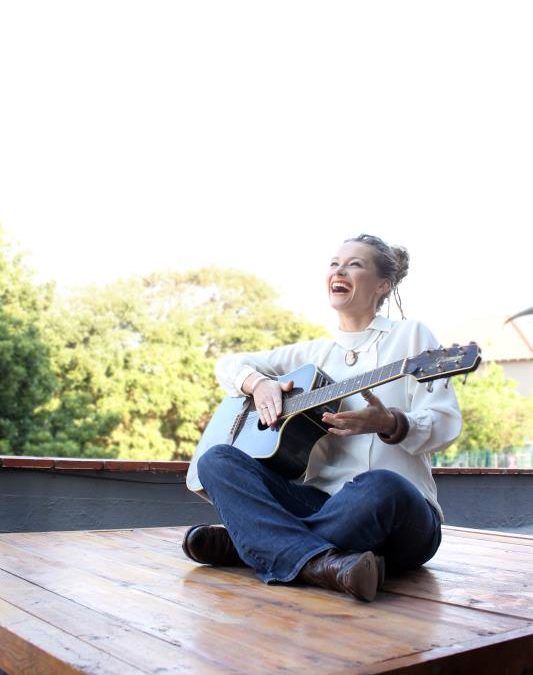 Credit: Originally published by Get It Online Durban | 5 August 2014.

She lies in bed daydreaming of the red planet, a place that has long inspired a deep curiosity as the only planet in our solar system to have a surface visible from Earth by telescope. A place where colonisation is no longer just a futuristic notion. Since early childhood Adriana Marais knew that if she was offered the opportunity to go into space, knowing she wouldn’t come back, she would never say no.

The 30-year-old Quantum Biology PhD student is now preparing for the mission of a lifetime as one of 25 South Africans who have been short-listed for the second round in the application process for the Mars One, a privately run Dutch expedition, aimed at populating Mars from the year 2024. Once the spaceships leave, there will be no way to come back home to Earth.

Around 705 international applicants of all career backgrounds are being considered for inclusion on this one-way seven-month-long journey to a planet no human has ever visited.
“Our applications involved answering questions on a series of Mars-related topics, sharing our backgrounds and stories, including the reactions of family members to the proposed adventure, as well as our own motivations.”
By the end of next year the number of candidates will be whittled down to about 24 space pioneers who will form part of a planned human settlement. Funding for the entire expedition will be generated by the sale of worldwide TV rights to what is said to be, in effect, the biggest reality TV show ever.

“From a young age I visualised being part of a great adventure like this, and usually when I want something bad enough, I get it. The allure of the unknown for me has always felt far more powerful than the comfort of the known, so I have no fear for what lies ahead. This is the challenge I have been waiting for my whole life, and there is almost no sacrifice I wouldn’t make to be a part of this.”

In the Morningside apartment she shares with a fellow friend and student, Adriana has few possessions – a bed, some clothing, a small pile of novels and a guitar. It’s as though she’s was destined for the  out-of-this world journey. Considering her passion for this initiative, it’s hard to believe that she once quit science to go travelling.

“I studied physics initially because I wanted to become an astronaut but my interest in quantum mechanics changed all that. After I completed my Bachelor of Science with Honours, I left the country. I worked as a bar tender in London and took up teaching in Japan. But even trying to learn Japanese was not a replacement for the kind of challenge that modelling reality mathematically presented, so I joined the Quantum Research Group at UKZN headed by Prof. Francesco Petruccione and started researching photosynthesis on a quantum level. I’ve learnt a tremendous amount and have been lucky enough to meet and share ideas with incredibly smart and talented researchers from all over the world.”
Over the years Adriana’s research interests have led her via the field of her PhD in Quantum Biology, to the famous question, What is Life? In her opinion, if life can exist on Earth, in an unimaginably large universe, it must also exist or have existed elsewhere.

“Billions of years of evolution of life on earth have culminated in the possibility of us calling another planet home for the very first time. Untold discoveries lie in wait, including the possibility of finding evidence of life forms different to the ones we know of here on Earth. I applied to go and live on Mars because I am prepared to sacrifice a lot, even not returning to Earth, for this idea, this adventure, an achievement that would not even be my own, but that of all humanity.”
The final list of applicants selected to travel with Mars One will be broken up in to crews comprising two men and two women of varying cultural backgrounds. This will serve to prove how people from different cultures interact and can learn to get along. Training for the would-be astronauts, which is expected to be psychologically tough, should start as early as next year. Each crew will spend three months of every year prior to lift-off confined to a Big Brother-like environment designed to simulate the living conditions they’ll experience on Mars. Any one of the trainees can be replaced at any point until their rocket leaves Earth.

“Until training begins, each of us is responsible for our own health and wellbeing. Eating a lot of fresh, healthy food and strenuous exercise have always been an important part of my life. I’ve been doing martial arts, mostly Kung Fu, for almost a decade. I also do yoga and run to keep fit, so I’m just trying to keep that up for now, although finishing my PhD is taking up most of my time. I’m hoping to submit my thesis in the next couple of months.”
Over the next decade, Mars One will prepare the site for habitation. A satellite will be sent into orbit around Mars in 2018 to enable transmissions between Earth and the Red Planet, followed by craft in 2020 and 2022 so that the site is operational by 2023 and habitable for the 2024 landing. In that year, the  first ship of four astronauts will land on the planet; another five or six crews will follow. The living site will be selected based on the soil’s water content which will be extracted from its ice form and heated to produce oxygen. Heat will be generated through solar panels.

“The Living Unit is a called Lander – a modular environment of inflatable units, measuring around 1000 cubic metres each. This will be built around existing technologies in use by three Mars Rovers, and filled with breathable air by the Life Support Unit prior to the arrival of the astronauts.”
In addition, the Lander will contain construction materials for the astronauts to build rooms, floors and install electrical outlets. The Lander itself contains the ‘wet areas’, such as the shower and kitchen.

“Initially, the first colonisers will have to spend a lot of time setting up, checking and maintaining the equipment that will keep them alive. For a long time, most things will be a first on Mars. First sunrise, first sunset, first birthday celebration, first tears, first sighting of the Olympus Mons, first messages from home, first home-grown food, first Martian custom, and perhaps even the first discovery that life on Earth originated in a meteorite from Mars. On Mars there are just 39 more minutes in a day than on Earth. I would spend those minutes in silence remembering Earth.”

“We’ll explore the surface, conduct experiments, carry out construction work and take up farming. Our initial priority will be to grow food hydroponically – salad greens, tomatoes and such. Our diets will be vegan with protein sources obtained by eating insects. Bugs reproduce rapidly and can convert material that is inedible to humans into body mass, so small insect farms could produce a steady stream of food containing valuable fats and amino acids.”
With a two-year food reserve, crews should have enough stock to tie them over until their food gardens are fully established.

“Shopping and money are two things I won’t miss on Mars. Our increasingly materialistic society is losing sight of what is truly valuable. Money adds to this confusion. What is important is using our finite resources here on Earth as well as on Mars wisely.”
With strict weight limitations, the chosen crew can take no possessions along, but this is not an issue for Adriana.
“I am prepared to leave all of my material possessions behind. All I will take is information: the electronically stored pixels, musical notes and words that constitute all of my books, music, photos, movies, writing, emails and letters. These are my bits of memories of Earth. If I knew I was leaving, I would spend time with all the people I love to make sure that they know how much they have meant to me during my time on Earth. Although I will never return, I will only be a five-minute delayed phone call away and I will practice astral travelling a lot, so that I can come back now and then.”

“I’m so happy with the support I’ve received from all my friends and family. Obviously, they are worried about the logistical feasibility of the mission, and that they would miss me, but everyone has also been extremely excited and fascinated by this proposed adventure.”
Adriana’s parents have likened the mission to that of their ancestors who left dire times and all the people they had ever known in Europe to come to South Africa, with no idea of what challenges lay ahead and no chance of affording a return trip.

“I must have this sense of adventure in my blood because I am so ready for this mission. I look forward to meeting the other candidates, who I think must be amongst some of the most interesting people on Earth.  I’m extremely excited to take part in establishing and possibly finding evidence of life on Mars. I can’t think of anything that could compare to suiting up and setting out on my own very first Mars-walk, just to see what is out there. To know that I accepted my destiny wholeheartedly, took part in establishing the first life from Earth on Mars, and possibly discovered that life in fact once already existed there,  is just priceless.”