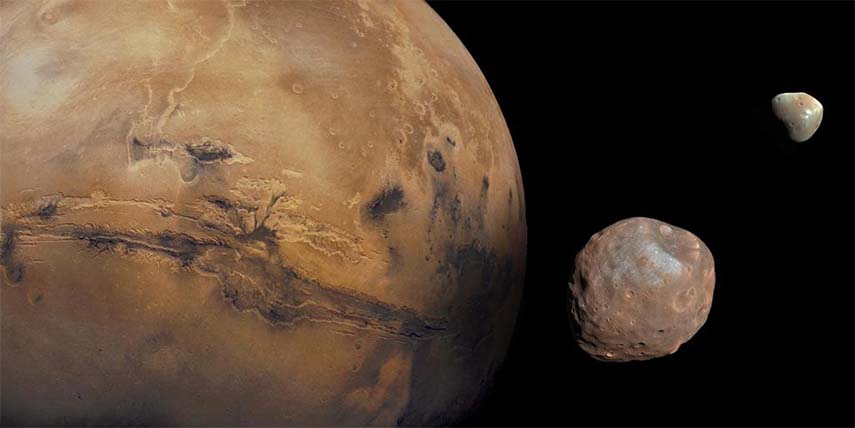 Kathy Gibson is at SAP SuccessConnect in Berlin – When a small group of people leaves Earth to set up the first off-planet colony on Mars, it will be following the natural progression of the human race to explore new territories – and it is hoped it will inspire people to solve some of the pressing issues at home.

Adriana Marais, Mars candidate and head of innovation at SAP Africa, believes that extra-terrestrial migration is really the only option left for mankind.

A theoretical physicist, Marais has been chosen on one of the first 100 people who will bring life to Mars.

But what motivated this successful young woman to accept a one-way ticket to another planet, to set up a colony with a handful of other individuals?

“Sometimes it is difficult, living in an era, to step back and realise how unique it is,” she says. “It has taken billions of years to get to where we are on planet earth.

“Now, for the first time, there is a category of humans that are planning to move to a neighbouring planet.”

Yes, it’s a one-way ticket, she says: “I will have taken most of my life preparing to get to that point. So the rest of it will be spent in exploring a new planet.”

More than 100 000 people from around the world applied for the Mars mission, and those chosen have a broad range of skills.

“You need to have the skills to prevent certain death within the first few minutes on Mars,” Marais quips.

“You need to have engineering skills, so you can understand what might go wrong. And, as a theoretical physicist, I love solving problems.

To start off with, there will be just four people exploring Mars together. “So there will be a plethora of roles that have to be filled by a very small group of people,” Marais points out.

So what will colonisers do all day on Mars? “We’ll be trying to survive,” says Marais.

“In the era we are living in now, modern humans have become a bit soft. People’s idea of exploring is to check out TripAdvisor.

“But we’ll be doing what most of human history has been doing: spent moving to new places and trying to survive. We will extract water from crystals in the sand, we will grow our own food and generate oxygen.

“For millennia, subsistence farming and survival have been about doing this, but we have reached the extent of this planet. The next step of embracing what it is to be human is getting out of our comfort zone.”

It’s also about learning, Marias says. “What we do as humans is generate knowledge and learn through exploration.”

To volunteer for the Mars mission demonstrates a high level of confidence, but is there anything Marais fears?

“I’m afraid that if we don’t do something we will go extinct – like 99% of the species that have ever lived on this planet,” she says. “That’s what happens: the environment changes and species go extinct.

“But fear is a transitional state,” she adds. “It is not the final state: you have to explore your environment and use the learnings to drive knowledge creation.”

The mission itself has a much more fundamental purpose, Marais adds. “It is about creating knowledge – and possibly discovering new life on Mars. This is the true purpose of it: to discover if we are not alone in the universe.”

In this, it is very much a continuation of human endeavours on Earth, she says. “People are at the heart of it. This encompasses what it is to be human.

“And, hopefully, we can inspire people on Earth to find their passion and purpose.”

When men walked on the moon for the first time, there was a spike in people enrolling in post-graduate science and engineering degrees, Marais points out, and these are the people who went on to invent new technology.

“I hope our project triggers a perspective shift on Earth that is desperately needed. What we need to do is work on issues like managing resources better and addressing inequality.

Pictured is a screen shot from a high-definition simulated movie of Mojave Crater on Mars, based on images taken by the High Resolution Imaging Science Experiment HiRISE camera on NASA Mars Reconnaissance Orbiter