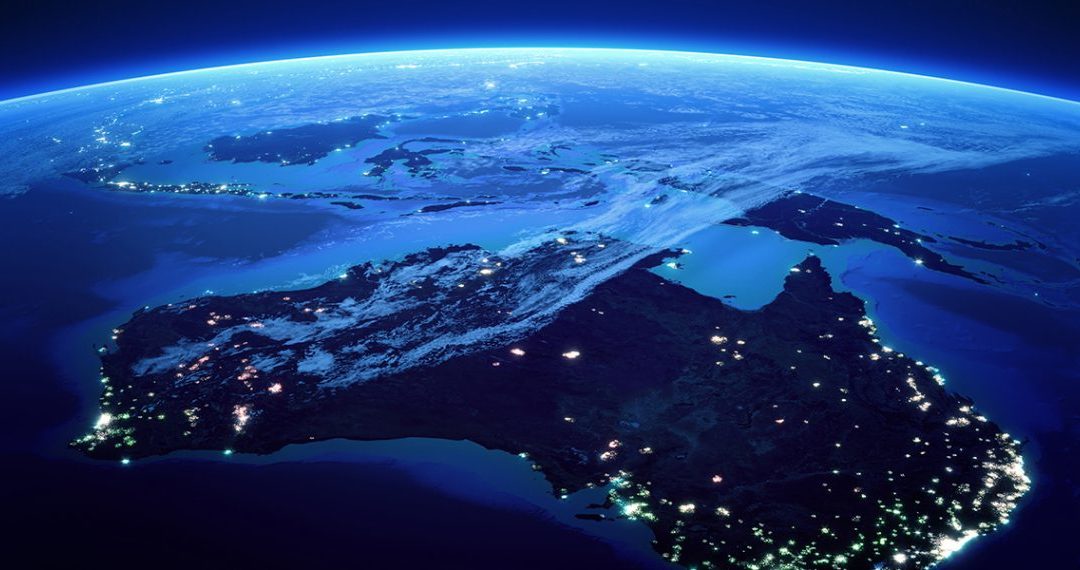 Benefits could include improved water and resource monitoring, hydrology and weather monitoring.

Australia’s long overdue space agency may have more than a trickle-down effect for the water industry. David Barbeler investigates.

Upon hearing the words ‘space agency’, most people probably conjure up thoughts of moon walks, Mars expeditions and asteroid mining.

The reality for Australia will be far different, and far closer to home.

Think along the lines of improved water and resource monitoring, hydrology and weather monitoring.

That’s because, according to the experts, the restricted budget that’s predicted for Australia’s first space agency likely means we’ll be looking back towards earth rather than exploring the solar system.

That, however, spells good news for Australia’s water industry.

“At the moment Australia is at the mercy of other countries when it comes to what type of remotely sensed data we can use, and those sources are likely to become less available or more expensive,” explained UNSW Professor and Director of the Australian Centre for Space Engineering Research (ACSER) Andrew Dempster.

“Why not design our own systems to solve our own problems?”

How it will work

In September 2017, the Federal Government unveiled plans to establish a national space agency. This is set to open in Adelaide in mid-2019.

While some details are yet to be revealed, the Space Industry Capability Review was released in March 2018, with a remit to outline the National Space Agency’s charter.

Among the many arguments in favour of the agency was the use of satellites to collect local data and help solve local problems.

We could build satellites that were dedicated to monitoring Australian resources – such as weather, water
and crops – instead of having to share and pay other countries for usage.

“A tangible contribution by Australia towards international research programs would improve and accelerate our access to these vital space-derived data streams and influence technical specifications for Australian conditions.”

That said, Australia is already undertaking valuable work in this space. In September 2017, for example, the CSIRO secured access to one of the world’s most sophisticated high-performance satellites, the
NovaSAR satellite, which gives Australian scientists direct control over which data the satellite collects over the country.

With a space agency, it’s anticipated that more of these opportunities will arise.

For example, in 2013, Dempster developed a system called Garada, which could detect overuse of water
in the Murray-Darling Basin as it was occurring.

The system would use a synthetic aperture radar satellite that could map Australia at 10-metres resolution every three days for soil moisture. But the idea “was stopped dead” for being too big and expensive, at $800m.

A space agency might just be the catalyst to advance the project.

“In a country with such low rainfall and exposure to climate change, it makes a lot of sense to be as well informed as we can when it comes to water,” Dempster said.

“A system like that can be used to track water theft in the Murray-Darling.”

“It could use satellite data to improve current seasonal climate predictions that are used to improve water management,” he said.

Dr Brad Tucker, astrophysicist at the Australian National University, added that a space agency could also advance hyper spectral imaging in Australia, which would have flow-on effects for the water industry.

“This means being able to look at multiple wavelengths (colours) simultaneously. This would allow us to see different elements and compositions at the same time, instead of requiring multiple images or satellites,” he said.

Australia is one of only two OECD countries without a space agency, the other being Iceland. The other
33 countries – including New Zealand, Estonia, Latvia and Portugal – already have one.

“It’s all about having ‘a piece of the action’,” Williams said.

“End-user communities in the agriculture or water management sectors in these countries would likely have more direct influence on designing and prioritising satellite missions that serve their needs.”

And until now, explained Tucker, Australia has simply had multiple groups here and there, all doing a variety of space-related activities.

“However, these have been uncoordinated and hindered by a lack of cross-group cooperation,” Tucker said.

“Space is such a huge market, soon to be half a trillion dollars globally annually, we do not want to miss this.”

Dr Adriana Marais, a theoretical physicist, head of innovation at multinational software company SAP Africa, and aspiring martian, is one of the final 100 candidates for the Mars One project.

This project aims to establish the first human settlement on Mars in 2032.

Marais, who was a keynote speaker at Ozwater’18, said the project’s plans for water usage involves the first four people to go to Mars to take 3000L of water – about 3.5L per person, per day for the 200 day journey.

“On the way there, water will not be recycled because the equipment needed to recycle water is too heavy – every gram adds cost,” she said.

“But the water will have a dual purpose – it will absorb radiation particles to protect the crew and distribute heat. Then, when we arrive on Mars, the rovers will have already spent two years digging up sand, extracting ice crystals, and using solar power to purify the water.”

Marais mentioned that a trip to Mars can teach people and companies valuable lessons back on earth.

“A big motivation for me is to inspire a perspective shift to become more resource conscious and efficient,” she said.

“If we can survive in the harsh conditions on Mars then there’s no longer an excuse for poverty on earth.

“Hopefully the technologies we develop on Mars will gain traction here too, so that we can support our seven  billion people and counting.”

And going on a one-way trip isn’t going to faze or scare Marais.

“I’m prepared to live out the rest of my days on Mars and spend my energy developing the first off-earth settlement.”

First published as ‘View from space’ in Current magazine May 2018.