Is life at its heart a quantum problem? 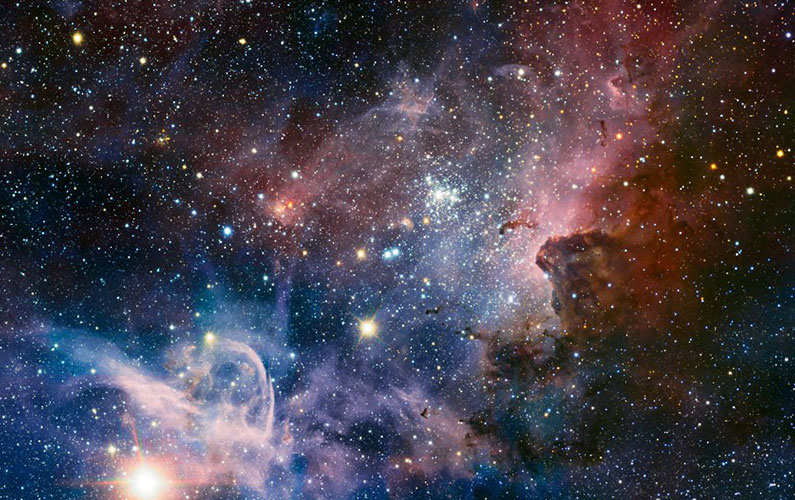 But gene sequencing suggests that the most primitive life, namely bacteria and archaea, have been evolving separately for as long as 4Gyr, despite the meteorite bombardment. Some of these early life forms may have survived near deep-sea volcanoes. Scientists have dated the oldest fossils of single-celled microbes to about 3.5Gyr, while the oldest evidence of more complex multicellular life forms — the precursors of plants and animals — is more recent, at about 2Gyr old.

In the meantime, life has become so prolific and so complex that humans have developed the ability to study life and its origins. But are we any closer to an answer? Can we pinpoint what distinguishes a bunch of molecules from a living organism?

In an intriguing experiment in 1953, Stanley Miller and Harold Urey at the University of Chicago showed that electrical sparks passed through a gaseous mixture of methane, ammonia, water and hydrogen could produce amino acids: the building blocks of proteins, which are a cornerstone of life.

But despite recent and remarkable work in viable DNA design, including the first successful introduction of synthetic DNA into an existing cell by geneticist Craig Venter and coworkers at the J. Craig Venter Institute in 2010, no one has yet been able to synthesise a living cell from its basic components.

All living systems are made up of molecules. The properties of molecules are given by quantum mechanics, which describes, often counterintuitively, phenomena on atomic and subatomic scales. The movement and behaviour of larger visible objects can be explained by Newtonian physics.

Living systems are open systems, constantly exchanging energy and matter with the environment around them. Conversely, closed systems are isolated and do not interact with their environment. Living systems are therefore fundamentally open quantum systems, since on the most basic level, atomic and molecular interactions determine how a living organism functions. But this level of complexity poses a huge computational challenge.

Modelling the approximately 100-trillion atoms in just one living cell is a feat far beyond our current capabilities. (In 2013 researchers from the Okinawa Institute of Technology and German research centre Forschungszentrum Jülich simulated just a single second of human brain activity after 40 minutes of processing time on an extremely powerful computer with 82 944 processors.)

Quantum biology is the applied science of open quantum systems to aspects of biology that cannot be understood with Newtonian physics. We know that living systems are made up of molecules whose behaviour is governed by quantum mechanics, but can that help us to understand life itself?

The most well-established area in quantum biology is the study of photosynthesis, one of life’s oldest processes. A number of experiments have shown that the very initial stages of photosynthesis, namely energy transfer and the movement of electrons (negatively charged particles in an atom), are governed by quantum mechanics, and researchers have been investigating the extent to which this contributes to their efficiency.

In our research at the Centre for Quantum Technology in Durban, with collaborators in Singapore and Amsterdam, we are applying the theory of open quantum systems to the early stages of photosynthesis, showing how a system’s interaction with an environment can enhance the efficiency of energy and charge transport in the system.

Understanding how one of life’s oldest processes in the most simple of organisms can operate with almost perfect efficiency is still a far cry from understanding life itself, but it is a start. Quantum biology’s greatest achievement would be a contribution to the scientific understanding of what distinguishes a living system from its inanimate parts; in other words, a theory of life.

But it is difficult to define life without knowing the conditions under which it began on Earth, in a possibly singular event. In the absence of a theory of life and its synthesis — outside of famous works of fiction, of course — quantum biology will, for now, have to fulfill a more practical role: to identify and mimic the ingenious engineering that is taking place in living systems ranging from bacteria to birds, both living systems in which quantum effects have been proposed to play a role.

If quantum effects play a role in getting the job done better in certain biological processes, in complex systems that have been perfected over billions of years, then they offer us a wealth of information from which to draw inspiration for our own technologies.

And barring the sudden discovery of evidence of life on Mars by the Curiosity rover or a wandering Mars One colonist, for now, we will have to be satisfied with a definition of life as the continual state of change preceding death.