Living on Mars, not just a pipe dream 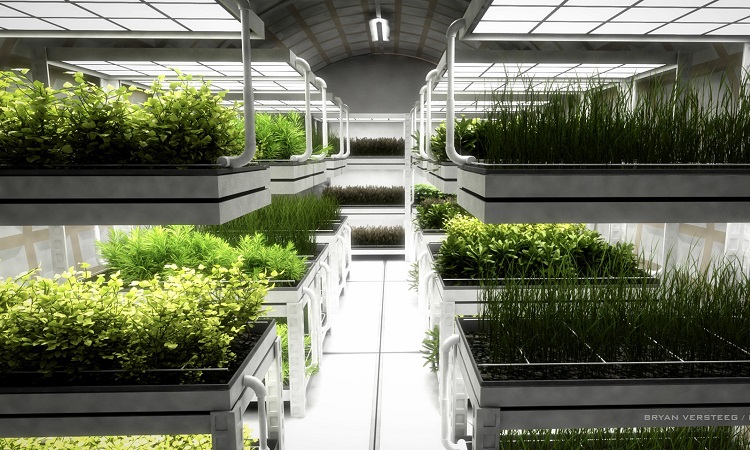 “Through quantum computing, possibly in the next 10 to 20 years, we may be able to analyse the genetics of every human alive and solve all known diseases.” Dr. Marais said this during the Asian Innovators Summit 2019 organised by SAP in Kuala Lumpur recently.

“The growing population needs access to the same old fundamental resources – clean air, water, nutritious food. But I believe that we can grow; we can reach a better future through science and technology, and most importantly, asking big questions beyond what we can experience in this current reality.”

Dr. Marais notes that one of the most important discoveries made is that every single living system that we see on Earth contains DNA; moreover, huge portions of the code are shared in common.

“From the perspective of understanding where we come from, that means we have a single data point – life on Earth. If you really want to understand what life is in general, can life survive in environments that are different to Earth, what could that life look like, that means we’re going to have to look further afield.”

“The year 2019 marks the 50th anniversary of the first time that humans have stepped off of our planet on the Moon, during the Apollo era. The impact of this era on our society is extremely broad; some technologies such as the phone, the computer, the Internet –these technologies blossomed as a result of young people deciding either in high school to do their undergraduate degrees in STEM, because they were so inspired by watching humans doing the impossible like walking on the Moon during the 60s and 70s that they contributed to the commercialisation of those technologies in the 80s and 90s, particularly in the US.

“The power of space exploration is not only in the direct technologies, but in the power of inspiration that gets people to believe that through science and technology, the impossible can be achieved.”

“Exploration in the modern era is very different from the way it was a few hundred years ago. My ancestors as French refugees escaping religious persecution in France, they were farmers at the time, made their way to the Netherlands and went on a boat that took them to Europe that took them down to the Cape. This was in 1688; a one-way trip into the unknown that took several months. This was a new world for them.”

Dr. Marais has dreamed of living on another planet, and is currently one of the 100 Mars One Project astronaut candidates in the running to move to the Red Planet in the next decade. “Since I was 4, I’ve wanted to travel to other planets. My whole world froze when I read in the newspaper a call for volunteers for a one-way Martian settlement, so I of course applied, and we’ve been narrowed down from 200,000 volunteers to 100 finalists for the Mars One project.”

Through leveraging human ingenuity and creativity, the project’s participants intend to resolve all the difficulties involved in such a massive and ambitious objective.

“We may be completely bonkers, but we also have the expertise that is required to do this. We have an emergency surgeon from France, there is also a zero-gravity flight instructor.

“Engineers are also crucial; people who can take apart equipment and put it back together, fix something with no spare parts – we need people who can fix and maintain the equipment that stands between us and certain death in a hostile environment like the surface of Mars. Then there are researchers like myself. People that not only can solve problems like no one else has solved before using mathematics and coding, but also love solving such problems.”

Harnessing science and technology will be critical towards ensuring the long-term viability of the project, Dr. Marais reveals.

“Assuming we land on the surface of Mars safely, how will we survive there? In terms of power, Mars is in the Solar System, so we have access to sunlight. We will need efficient, robust, lightweight, solar panels; the cheaper, the better. In terms of water management, what’s left of Mars’s oceans is ice crystals in the sand. So we’ll put bulldozer attachments on the rovers, dig up the sand, heat it up with solar power, and extract, purify, and recycle the water. Our oxygen will come from water as well.”

Dr. Marais further points out that technologies that enable the survival of people on Mars are already in use globally, using hydroponics and vertical farming as an example of how the Mars One project will grow its own food.

“This is the future of food in urban centres, I believe. With increasing urbanisation, less people are living in agricultural regions, and more people are living in cities and requiring food where they live. This sort of setup uses 95% less water; no pesticides needed; lighting conditions and nutrient ratios can be machine-learned, and no transport required.”

She also adds that without 3-D printing, it’s very difficult to imagine living so far from Earth – 200 million km away. “The rate at which 3-D printing is developing means that this is a technology that we cannot afford to do without, in terms of efficient molecular-level processing and manufacturing.”

The potential for an extra-terrestrial colony on Mars is closer than might be otherwise expected, according to Dr. Marais.

“Japan has extracted material from an asteroid and are currently bring that back to Earth to analyse for space mining. China has landed a rover on the far side of the Moon. That’s just this year. The UAE is planning to build a USD200-million Mars Science City in the Emirati desert using local materials to 3-D-print components. We are planning the Antarctic Research Community, because Antarctica is one of the most extreme and isolated environments on Earth.

“And if we can survive there, setting up our power, water, food, and communication equipment with which we’ll keep in touch with the rest of the world, then we’ll have demonstrated some capability to be able to live on Mars.”