Mars One’s plan to profit from the Red Planet 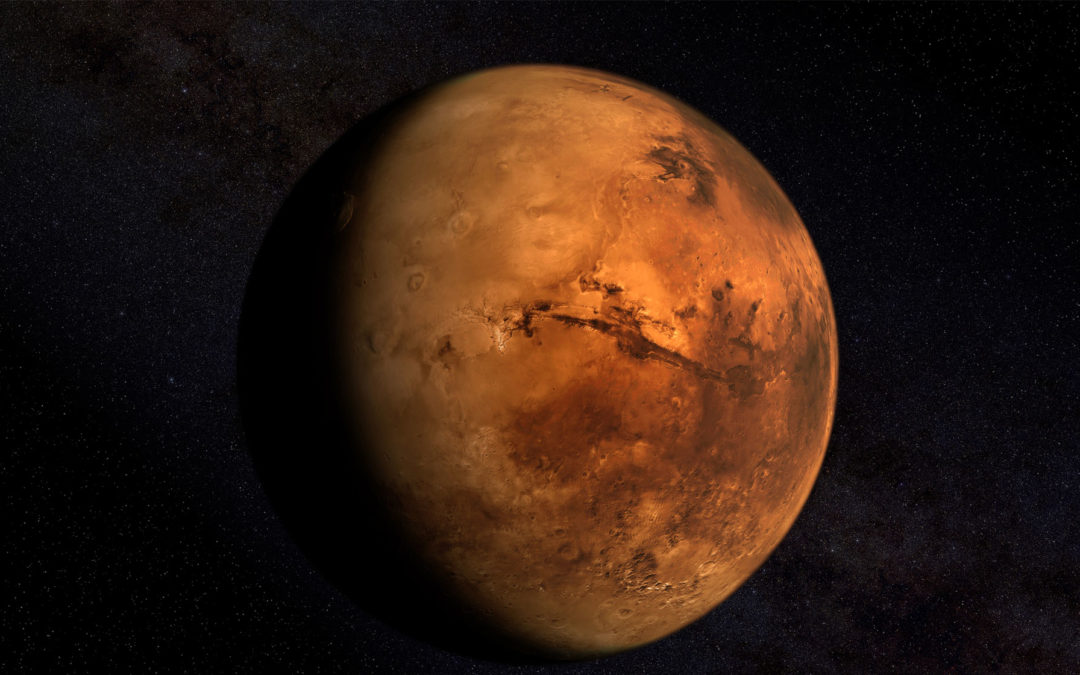 Mars One, a private company, has devised an ambitious plan to establish a human settlement on Mars and generate attractive returns for investors backing the mission.

“It will be one of the most exciting things ever. Five hundred years from now, kids will learn how humans landed on Mars in the 21st century. It doesn’t matter who does it first, it will happen. It will change the world completely. People will believe that anything is possible,” said Bas Lansdorp, the Dutch co-founder and CEO of Mars One. Lansdorp was recently in South Africa, speaking at a futuristic themed investment event.

Mars One aims to land the first crew on the Red Planet in 2032. Prior to that, it plans to launch several missions to Mars, some of which will see a rover being sent to select a settlement location as well as cargo and another rover being sent to prepare an outpost for human habitation.

Five hundred years from now, kids will learn how humans landed on Mars in the 21st century. It doesn’t matter who does it first, it will happen. The company expects the first manned mission, including preparations, to cost US$6bn. Each manned mission thereafter — one every 26 months — to populate the settlement is expected to cost $3.7bn.

To achieve its lofty goals, the company is divided into two parts. The not-for-profit Mars One Foundation — reliant on donations — is responsible for implementing and managing the mission, while the profitable arm, Mars One Ventures, holds the exclusive monetisation rights for the mission.

According to Lansdorp, the Frankfurt-listed Mars One Ventures is to employ a Disney-type revenue model to monetise the story of the mission, fund the mission and generate returns for shareholders.

“I didn’t start Mars One sooner because I didn’t know how to fund it, where to get money for Mars or how to create a business case. And then I found a couple of big numbers that made me realise that you’re not looking for investors for a Mars mission, you’re looking for investors into a story. It is going to be the most exciting event of the 21st century,” Lansdorp said.

Like Disney creates multiple revenue streams around movies such as Star Wars, which generates $2bn/year in merchandise sales alone, Mars One intends to do the same. To date, such mission-related revenue streams include generating money from website visitors through merchandise sales, application fees from aspirant astronauts and advertising revenue from video content.

It also plans to capitalise on the broadcasting rights for the event. “When Neil Armstrong and Buzz Aldrin landed on the moon, almost everyone who had access to a TV watched it happen. Mars One provides an even grander event — human settlement of Mars — in the current media era, where unique content is a high-value asset. It is expected that more than four billion people will be connected to the Internet in 2032,” it said in an investment prospectus. Based on data collected via the website, merchandising and corporate partnership with companies like Honda, Mars One is expected to be cash positive by the first quarter of 2019.

He said listing in Frankfurt has greatly helped the company land savvy investors, who would only commit with a clear exit strategy. “In the first couple of years, our investors were really fans who said, ‘I don’t think this is a good investment but I think it is a necessary investment.’ But now people are investing because of the business case, they like the idea of a human settlement, they like the idea of space exploration, and they believe they will get excellent returns.”

Mars was selected due to perceived ability to support human life, its resources, day/night cycle, proximity to Earth and relatively short seven-month flight time. Lansdorp said Mars One has opted not to attempt return missions as “nobody knows how to get people from Mars to Earth”. “There is a 5% failure rate on Earth. If we can’t do it reliably on Earth with hundreds of engineers and systems, how can we do it from Mars? From my point of view, it will be impossible until there is a community on Mars that can support a return trip.”

Mars One is conducting a psychological experiment of sorts in selecting people that can leave behind everything they know, go to Mars and stay there. It has narrowed down over 200 000 applicants from all over the world hoping to be the first humans to settle on the Red Planet, to just 100. Among them is South African quantum physicist Adriana Marais. Only 24 candidates will be selected to settle on Mars.

“The most important thing the crews will have to do when they land on Mars is survive,” Lansdorp said.