One-way trip into the unknown for SA woman 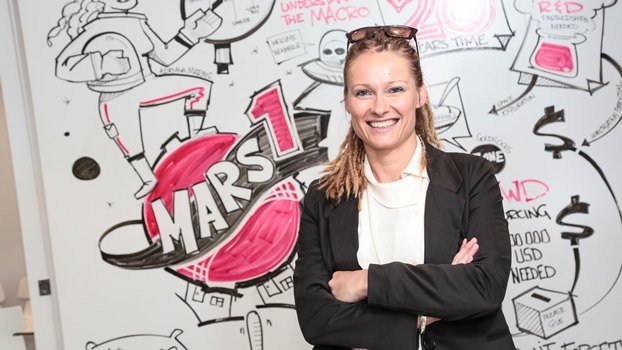 Some would call Dr Adriana Marais crazy for wanting to be part of what could be a one-way trip to Mars but she believes it is worth the sacrifice.

Marais, who grew up in Pietermaritzburg and attended St John’s DSG, said for her the allure of the unknown has always been far more powerful than the comfort of the known.

Marais is one of six Africans who are candidates for the Mars One programme. The Netherlands-based programme’s objective is to establish a human settlement on the Red Planet.

Mars is the only planet that is currently thought to possibly be able support human life and the programme will be humankind’s first step to become a multi-planetary species.

“I believe that finding evidence of life on Mars would be one of the most important possible discoveries for humanity — a giant leap forward in terms of understanding who we are and where we come from.

“I would be prepared to sacrifice my life on Earth for this idea, this adventure, this achievement, that would not be my own, but that of all humanity,” said Marais.

She said essentially everyone was a survivor of a one-way trip from somewhere. Her ancestors made the hazardous five-month trip from Europe to the southern tip of Africa in 1688 without any intention or means of return.

The head of innovation at SAP Africa, Marais is the eleventh generation of descendants of Huguenot refugees from France and a proud South African.

“Five hundred years from now, there may well be human Martians telling tales of the perilous one-way journey their ancestors made in the early 21st century from Earth,” Marais said excitedly.

She said her friends, family, and especially her parents, have always been supportive of her.

They are, however, worried about the logistical feasibility of the mission, and that they will miss her, but they are also excited and fascinated by this proposed adventure.

The 34-year-old said the trip to Mars could take its toll on the bodies and minds of the final 24 candidates who will be offered full-time positions as trainee astronauts with the project.

If selected, Marais will be required to undergo numerous assessments, including performing tasks to overcome challenges in teams, as well as undergo a final isolation screening process.

“Currently travel time to Mars is around seven months and the SpaceX’s BFR rocket is a contender for launching us there.

“Meditation will be crucial to finding inner calm in the cramped and sterile environment we will initially live in during the journey there and on arrival. I have done a 10-day Vipassana silent retreat, excellent training for the mind,” she said.

As a researcher, one of the things she is most looking forward to when she gets to the Red Planet is being able to be one of the first humans to document the experience of living there.

She said the excitement of the possibility of contributing to the discovery of evidence of life on Mars would get her out of bed each morning.

In addition to her family, friends and seeing the plants and animals on Earth, Marais said she will “miss a good steak and bottle of wine, which I understand may be hard to get on Mars”.