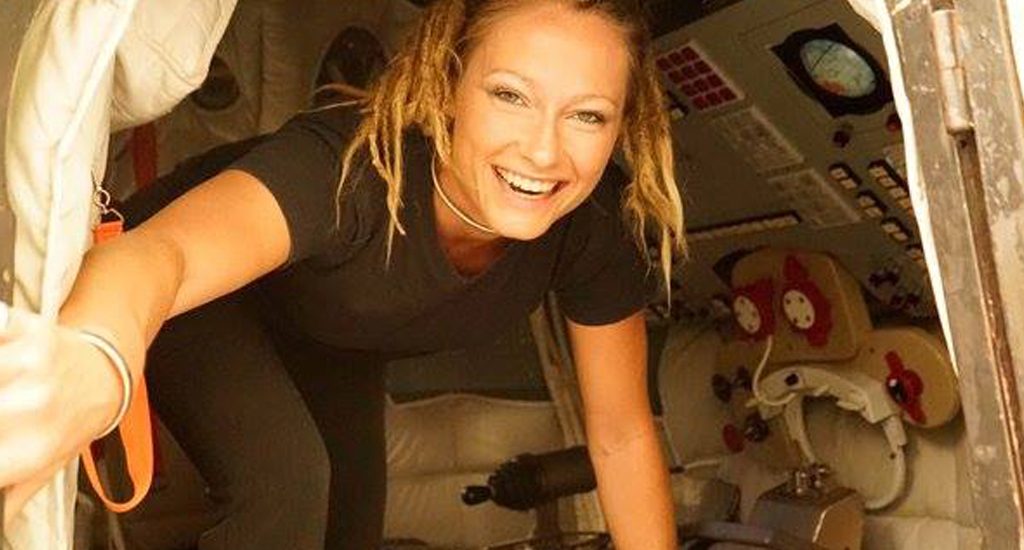 “We are living in a unique point in the history of life on Earth,” points out theoretical physicist Dr Adriana Marais. “We have reached the point where our activities are having an effect on a global scale, and food, clean water and fresh air are fast becoming luxuries to which not all of us have access. In order to sustain our existence on this planet, each one of us needs think carefully about how we can contribute to the solution of the many problems and global issues that exist today. We need to remember what it is that makes us human: to question and to dream and to try to make the world better. Almost every day I experience doubt – about whether I will achieve my goals, or whether my dreams are unrealistic. But I don’t allow myself to dwell on these thoughts. At the end of the day persistence and belief in yourself and your visions of the future are the tools with which you can succeed. As Eleanor Roosevelt said ‘The future belongs to those who believe in the beauty of their dreams.’”

Since the dawn of the 20thcentury, more and more women have been taking on entrepreneurial roles as well as breaking grounds in fields that were not previously available to them. One such field is science, and once such woman who is literally reaching for the stars, is Dr Adriana Marais. A physicist, innovator, aspiring astronaut, and the Head of Innovation at SAP Africa where she is driving digitisation and innovation on the continent, Dr Marais is a woman on a mission. A mission that she believes will culminate in one of the most profound possible contributions to the science of all humanity – the potential discovery of evidence of life beyond Earth.

Born and raised in Pietermaritzburg, KwaZulu Natal, Dr Marais went on to study theoretical physics at the University of Cape Town and returned to the University of KwaZulu Natal in Durban to complete her MSc summa cum laude in quantum cryptography. “I studied physics initially because of thoughts of becoming an astronaut, but soon became interested in quantum mechanics,” she explains. “I remember a conversation with a lecturer during my undergraduate studies at UCT about the impossibility of observing something without interacting with it, and therefore disturbing it in some way. The implication that the observer is then inextricably part of the system under observation has fascinated me ever since. I was intrigued by the realisation that the way a question is posed can influence the answer, from the level of human interaction all the way down to measurements performed on single particles. I realised the unique contribution that a creative human mind can have in shaping the direction of scientific discovery and decided to continue studying theoretical physics.”

Over time, her research interests led her via the field of quantum biology, to the famous question, “What is Life?”. “In my opinion if life can exist on Earth, in an unimaginably large universe, it must also exist or have existed elsewhere. The study of living systems on Earth, and the mystery of the emergence thereof, is always going to be severely limited by a lack of precise knowledge of the conditions under which it emerged, in a possibly singular event,” explains Dr Marais.

Her PhD thesis, submitted in November 2014, entitled Quantum effects in photosynthesis deals with those processes occurring in photosynthetic organisms where quantum mechanics plays a role. “We are investigating the very early stages of photosynthesis- up to the first one millionth of a second!- where sunlight is converted into the charge-separated states necessary for ATP production and the rest of photosynthesis to take place. Surprisingly, these very early processes are nearly 100% efficient- almost no photons or electrons are lost. We are trying to understand how Nature does it so well,” she explains.

Since her PhD, Dr Marais has gone on to author numerous academic and public articles on her research and travels the world as an international keynote speaker at corporate, academic, educational and public events. In her presentations, she talks about her research in quantum biology, her role as a MarsOne candidate astronaut, as well as the importance of doing what truly inspires you and being part of ‘proudly human’ teams that work together to use the existing resources on our planet more wisely. Her keynote addresses evolve into conversations and collaborations with likeminded people and her divergent thinking and profound insights bring a fresh perspective to the corporate world.

Her visionary approach has been recognised across the globe and she has received a range of research awards including a L’Oreal-UNESCO International Rising Talent Award in 2015, and the Royal Society of South Africa Meiring Naude Medal in 2016. She was also selected in 2016 as a Global Women’s Forum Rising Talent for growing influence in economy and society. Her role as Head of Innovation at SAP Africa since 2017 has seen her exploring innovative applications of emerging technologies, and challenges facing Africa. She is also a director at the Foundation for Space Development South Africa which, through its ground-breaking Africa2Moon project aims to inspire the youth of developing nations, particularly in Africa, to believe that they can reach for the moon through education and science.

She is also currently driving an off-world simulation experiment in Antarctica which plans to take place over the winter of 2020.

The world needs independent-thinkers like Dr Adriana Marais. Trailblazers and visionaries that think out-of-the-box and inspire others to do the same. With her research background in fields extending from quantum technologies, and life off of Earth to data encryption, she observes the direction in which the human species is headed and suggests ways in which we could contribute to the world in a more sustainable way. Her mission is to create a world where we are all proudly human, and to inspire children and adults to get excited about the future, believe in their dreams and remember Nelson Mandela’s words, “It always seems impossible until it’s done.”