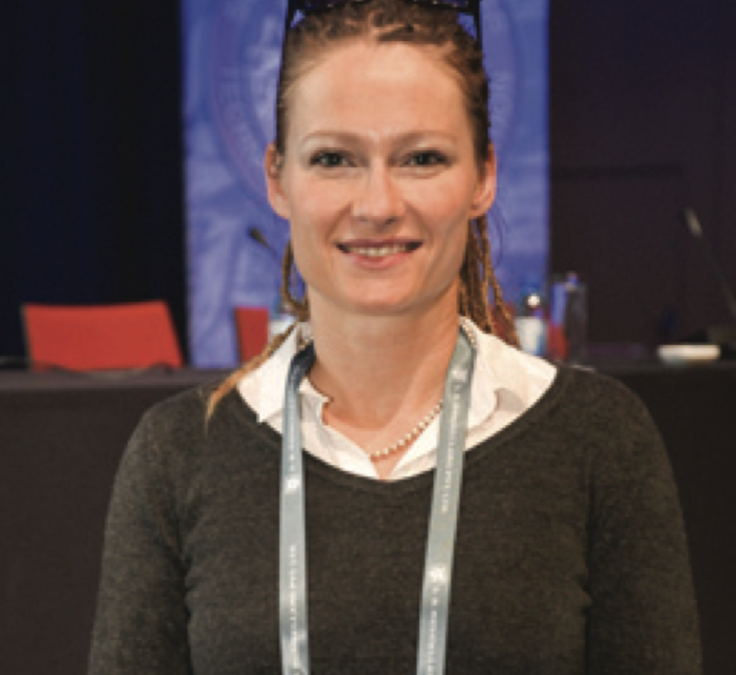 SASTA Congress 2016 was opened withan “out of this world” address from the guest speaker Dr Adriana Marais. Adriana has stirred much interest in her bid to be selected for the Mars One mission, which will establish the first human colony on Mars in 2025. Since childhood she has dreamed of living on another planet, and is currently one of the 100 Mars One Projectastronaut candidates in the running to move to the red planet in 2025. For her PhD she studied quantum effects in photosynthesis and is interested in the origins of prebiotic molecules and life itself. She hopes one day to continue her research in quantum biology on Mars, and possibly even contribute to the discovery of evidence that life once existed there.

Adriana’s presentation was inspirational; she believes that we are living in a new era of innovation in space exploration, and possible colonisation. Contributing to the discovery of evidence of extra-terrestrial life is what Adriana Marais finds most fascinating about the prospect of being amongst the first Earthlings to move to Mars. One cannot help but feel that in twenty years or so, we will be saying “Gosh, remember we actually met her when she came to give a talk at SASTA!”

The number of delegates who attended Congress in 2016 was 551, very similar to those of the last two years (550 in 2015 and 557 in 2014). Despite the economic crunch exhibitors had a good showing at Congress and SASTA continues to be grateful for their support. The consistent support from both delegates and exhibitors, even duringdifficult times, is a great compliment to SASTA Congress. Delegates enjoyed the general layout of the venue which included space for some casual seating.

As expected, the majority of delegates were from South Africa (83%), with 10%from other African countries, and 7% from overseas. The Table (right) summarises, for interest, the country of origin of the delegates at SASTA Congress over the last four years.

Keeping with Congress tradition; the plenarysession focused on the annual industryreviews from the Agricultural and Factoryperspectives. These reviews did not herald much good news with the industry in the grip of one of the worst droughts on record. The general mood of the session was lifted though, with presentations on monitoring energy consumption in sugarcane processing factories (Foxon et al), and a review paper from Tom Webster on ten years of integrated pest management against Eldana in the Midlands North region of KwaZulu-Natal (Conlong et al).

A workshop on “Lessons learned from DROUGHT” was held on the afternoon of DAY ONE, chaired by Dr Adey Wynne. Speakers from both agriculture and factory sectors set the scene for a healthy debate and contributions from the floor. Many valuable points were made that were referred to by delegates on several occasions during the remaining two days of Congress.