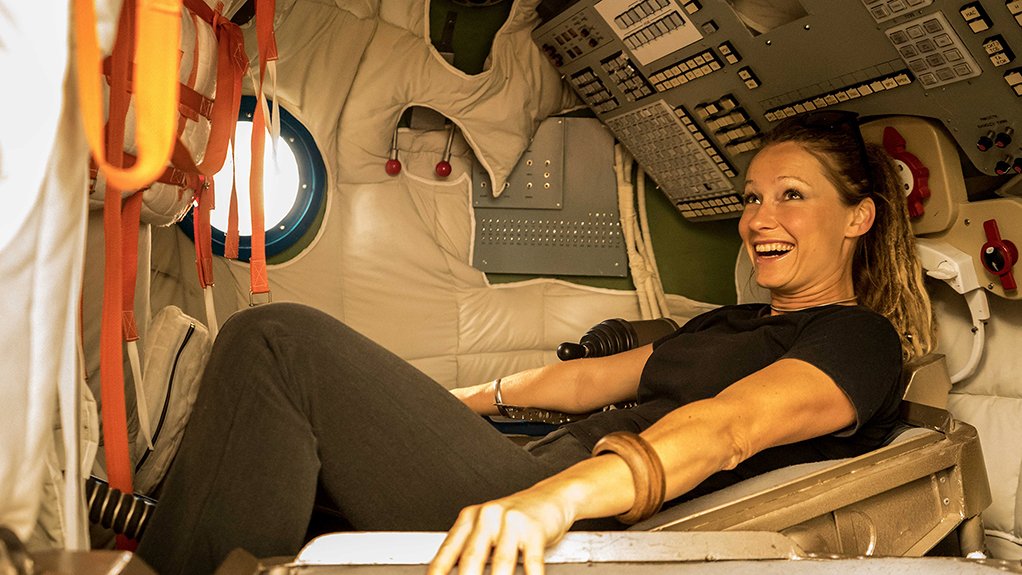 It is 2031 and the next space race has started with the launch of the largest-ever interplanetary space rocket and spaceship carrying four carefully selected astronauts on a mission to establish a human settlement on Mars – a planet that is about 225-million kilometres away.

Heading for the fourth rock from the sun, these first Martian astronauts will never return to earth: the Mars One mission is a one-way trip with no option of returning.

Mars One was founded in 2011 by Dutch entrepreneur and Mars One CEO Bas Lansdorp and Dutch scientist and Mars One CTO Arno Wielders as a privately funded one-way mission to Mars to establish a permanent human settlement on the planet. Although not officially labelled as such, the funding model is similar to a crowd-funding model, whereby the organisers depend on money from sponsors and donations.

In recent developments, Mars One Ventures is now listed on the Frankfurt Stock Exchange and valued at almost $400-million.

To date, Mars One candidates have gone through three rounds of selection, and Marais has progressed to the shortlist of the top 100.

Round four, set to start soon, will further shortlist the candidates to 24. Candidates will then be divided into six four-person teams, after which training will start.

There are other notable missions proposed to take humans to Mars, including US space agency the National Aeronautics and Space Administration’s (Nasa’s) Journey to Mars, private rocket and spacecraft company SpaceX’s Mars mission and US aerospace and defence company Lockheed Martin’s Mars Base Camp.

SuitabilityMars has been singled out by scientists as the most likely of all currently observed reachable planets to potentially host human life, as it bears the closest resemblance to the climate and seasonal summer and winter cycles of earth, with a 24-hour and 40-minute day-night cycle.

Moderate ambient temperatures are also in line with those on earth and Mars’ gravitational force is 38% that of earth.

Experts have postulated that moisture exists on the surface, or subsurface, of Mars and could, therefore, be extracted and used by humans for consumption and crop irrigation – a theory supported by Nasa, which claimed in September 2015 that water flows intermittently on present-day Mars.

Using an imaging spectrometer on Nasa’s Mars Reconnaissance Orbiter, researchers detected signatures of hydrated minerals on slopes where mysterious streaks were observed. These darkish streaks appear to ebb and flow over time. They darken and appear to flow down steep slopes during warm seasons and fade in cooler seasons. They appear in several locations on Mars when temperatures are higher than –23 ºC and disappear when temperatures are colder.

In addition, the Curiosity rover currently on Mars has detected about 2% water (H2O), by mass, in the surface sand it has analysed.

Rocketing InterestThere has been significant interest from the private and public sectors over the past few years in terms of building on the development of equipment, methods and systemsrequired to get people to Mars, and a lot of debate about who will accomplish this first.

The current hype centres on designing and refiningpropulsion systems capable of travelling faster through deep space and carrying heavier loads than ever before, making rocket technology a hot topic.

To get large infrastructure to Mars – be it rudimentary human habitats, larger probes and/or laboratories, as well as food and water-processing equipment – the development of rocket technology needs to accelerate at an unprecedented pace. In this regard, there are a few contenders in terms of capability and dependability.

“When Falcon Heavy lifts off in 2017, it will be the most powerful operational rocket in the world by a factor of two,” states SpaceX. This rocket will be able to launch 54 t into low earth orbit.

The Nasa SLS project forms the basis of its Journey to Mars mission, which will take astronauts to the Red Planet in the 2030s. Part of the SLS includes the Orion capsule, which is currently under development and testing and will carry the crew.

The actual transit from earth to Mars will be “very demanding” on the first crew – regardless of which capsule or system is used – as space will be confined, with very little room to move over several months. Weighing only 899 kg, and measuring 3 m × 2.2 m × 2.7 m, it took the Curiosity rover 253 days to reach Mars in 2012 using the Atlas V rocket. Any future Mars capsule will weigh several tons and be far larger than the Curiosity rover.

For the Mars One mission, a series of unmanned missions will be required prior to the transporting of people, thereby facili- tating the hauling of cargo required to establish key infrastructure, such as water harvesting systems and basic living quarters for the first team of astronauts.

Food and additional water will also be shipped to Mars prior to the arrival of the first crew to immediately sustain human life, as their food and water supplies on board the capsule will be nearly depleted on arrival.

Fly Me to MarsIn an exclusive interview with Engineering News, Marais says she has dreamed of being an astronaut since she was a child, prompting her to study physics.

However, she points out that it is “extremely tough to get into an astronaut programme, which would require me to relocate to Europe, North America or Russia”. These countries have the largest space agencies, with existing infrastructure to train and send astronauts into space.

Marais describes the moment she saw the first advertisement in 2013 for public entries to enrol as an astronaut candidate: “There was no decision-making process; it was absolutely instant – this was the moment I had been waiting for my entire life.”

She highlights that many of the candidates who have been shortlisted have expertise in medicine, science and engineering.

As a group vision, Marais says candidates envision life on Mars as a continuation of life on earth. However, her focus on the research of quantum astrobiology – searching for evidence of life and its precursors beyond earth – could be a major feather in her cap as Mars One enters the fourth round of the selection process.

She notes that, for human life to be sustainable on Mars, each astronaut will need to be highly skilled in the fields of engineering, biology, electronics, mechanics and aeronautics, as “being able to maintain, repair and rebuild various pieces of equipment will be essential to sustaining life on Mars”.

In this regard, she says three-dimensional printing technology could play a massive role in developing and manufacturing the parts required for anything that needs to be made or repaired.

Mars One plans to use its Mars Transit Vehicle: a compact space station that will carry the astronauts to Mars. It comprises two propellant stages, a transit habitat and a lander that will be docked in earth orbit. According to Mars One, the Transit Habitat will weigh about 20 t, carry about 800 kg of dry food, 3 000 ℓ of water and 700 kg of oxygen.

One of the key challenges during the transit involves exposure to elevated levels of cosmic radiation which, during the seven-month journey, could be as high as 400 millisieverts (mSv). The average safe lifetime limit is 1 000 mSv, which means that 400 mSv represents 40% of a person’s lifetime radiation quota within seven months. However, Mars One has suggested that the 3 000 ℓ of watercarried on board will be used for radiation shielding.

Marais adds that any developments made into rocket technology to shorten the transit period would also reduce the amount of radiation exposure as the journey becomes shorter.

Becoming a MartianMarais says the most notable difference to life on earth is less gravitational force, which could lead to Martians becoming taller, as less force will be exerted on them. “Mars inhabitants would also probably be a bit leaner, as they will not require the same muscle tone [required] on earth.”

The other most noticeable difference is the pressure; at less than 1% of the pressure at earth’s sea level, even if the atmosphere were not 96% carbon dioxide, we would not be able to breathe it. Oxygen will be extracted from the H2O ice crystals found in the surface sand by the process of electrolysis.

However, when quizzed about the human body possibly evolving to adapt, she says it will take several generations of Martians before there are genetically detectable devia- tions in the human gene on molecular level, which, in turn, will take even longer to manifest as new physical traits.

The low gravitational force could also lead to Martians living longer and ageing slower than humans, with gravity having been proposed to be a potential contribu- ting factor in the ageing of human cells. This expected longer life span will be reinforced by the highly purified air and water consumed and recycled on Mars, as well as a complete lack of germs leading to sterile living conditions.

However, Marais warns that living in such a sterile environment will lead to changes in Martians’ immune systems, subsequently leading to vulnerability to contaminants that new incoming crews may bring along with them.

Further, she says food will have to be grown hydroponically, and probably under light-emitting diodes. “It will be a vegan diet,” says Marais, adding, however, that insects or fish could be a potential source of protein.

Marais concludes that the solitary nature of living so far from earth will also be a major challenge, and that team cohesion will play a major role in the four members’ “keeping their sanity and wits”.