The power of quantum biology 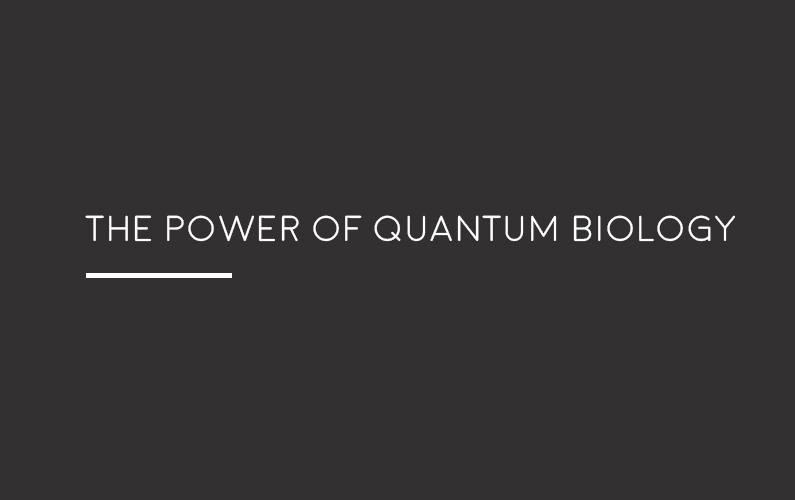 A scientific response to the big question—“What is life?”—may remain elusive for some time, but research in the quickly emerging area of “quantum biology” offers intriguing possibilities.

As the name suggests, quantum biology is the application of quantum mechanics to the biological sciences.

South African and overseas postgraduate students and researchers gathered recently to discuss this new field. The National Institute for Theoretical Physics and the Centre for Quantum Technology at the University of KwaZulu-Natal ­convened a 10-day summer school earlier this year to consider this interdisciplinary field’s potential. The school drew participants from Europe, Singapore, the United Kingdom and the United States.

Quantum theory traditionally describes phenomena occurring in inanimate systems on scales ­millions of times smaller than the capable re-solution of the naked eye, consisting of objects such as photons, electrons and atoms. On the other hand, the life ­sciences typically deal with living systems of the kind we are used to seeing around us.

Physicist Lord Kelvin emphasised just how small the kinds of things we call quantum objects really are by using this example: fill a glass with water and imagine that you can tag each of the water molecules in the glass. Take the water, throw it in the ocean and stir vigorously.

How small is small?
If you fill your glass again with ocean water anywhere in the world and if you had stirred sufficiently, your glass would contain about 100 of the original tagged molecules. Experiments have revealed that not only the size but also the behaviour of quantum objects are fundamentally different to relatively large living things and quantum and biological theory have consequently remained distinct.

However, even as the foundations of quantum theory were being established in the early 1900s, there was speculation by some of the founders about whether the quantum phenomena of the microscopic world could possibly play a role in macroscopic living systems. In his book What Is Life?, published in 1944, Erwin Schrödinger, one of the fathers of quantum theory, questioned how the physical events taking place within complex living organisms could be accounted for by physics and chemistry. And Albert Einstein commented in a letter to a fellow physicist that one can best feel in dealing with ­living things how primitive physics still is.

Recently, the regimes of applicability of these two areas of science have started intersecting: quantum physicists are able to describe ­systems of increasing complexity, whereas life ­scientists are able to give increasingly detailed explanations of macroscopic phenomena in terms of molecular structures and mechanisms.

And now, at the turn of the 21st century, developments in experimental spectroscopy have for the first time revealed quantum effects in biological systems, including in the photosynthetic light-harvesting complexes of certain bacteria and marine algae. Hence “quantum biology”.

The first photosynthetic complexes appeared in the ancestors of modern plants and algae about one billion years ago and performed the task of using light energy from the sun with carbon dioxide and water to produce organic carbon-based compounds while releasing oxygen as a by-product.

The initial stage of photosynthesis is the absorption of incoming sunlight energy by light-harvesting antennae in the photosynthetic complex, which is then transferred and stored as potential energy for performing subsequent chemical reactions.

This energy transfer is achieved with an efficiency of about 95% and since 2007 a number of experiments have shown evidence that there is a phenomenon called “quantum coherence” in the transfer process.

Sustaining, not destroying
Understanding how living systems such as photosynthetic complexes—which are complicated, relatively warm, constantly evolving and interacting with the environment—can sustain rather than destroy quantum coherence has important implications for the engineering of quantum systems to perform tasks such as quantum computation.

The “decohering” effect of the environment on the quantum systems in which information is stored is ­considered one of the most serious challenges in the drive towards ­realising the legendary large-scale quantum computer and for ­quantum information processing and transfer in general. As a result, many theoretical models have been proposed showing how interaction with an environment can assist rather than hinder coherent energy transfer in quantum systems.

As esoteric as quantum computing may appear, the field of quantum biology is also a promising candidate for producing the kind of technologies essential for our continued existence on this planet. An important aspect of implementing the deal negotiated late last year in Durban at the 17th Conference of the Parties to the United Nations Framework Convention on Climate Change is the development of clean and renewable energy sources.

Because more solar energy strikes the Earth in an hour than the energy used by all human activity in a year, artificial photosynthetic systems may be the ideal solution to our energy needs. A detailed understanding of the primary stages of ­photosynthesis is essential for the development of such systems.

In his 2011 State of the Union address, US President Barack Obama showed his commitment to such research and ­development by drawing attention to the $122-million research programme on artificial photosynthesis in laboratories across California.

Biofuels
In 2009 the Dutch government awarded an amount of €25-million to the research centre Towards BioSolar Cells for research into photo­synthetic energy from plants and algae with the aim of developing green energy technologies and the production of biofuels.

This research programme was inspired in part by the work done by Rienk van Grondelle and members of the biophysics research group at VU University in Amsterdam. The group is at the forefront worldwide of research into the primary processes in photosynthesis using laser and other spectroscopic tools.

Van Grondelle was an invited speaker at the summer school, where he delivered a series of lectures titled The Design of Photosynthesis. Other invited speakers included Artur Ekert, director of the Centre for Quantum Technologies at the National University of Singapore and one of the inventors of quantum cryptography, and Birgitta Whaley, director of the Quantum Information and Computation Centre at the University of California, Berkeley, where the fourth international workshop on quantum effects in biological systems will be held next month.

At the school, Andreas Buchleitner (Freiburg University) and Irene Burghardt (University of Frankfurt) spoke about quantum dynamics and transport in complex systems, including biological systems. Raymond Sparrow of the Council for Scientific and Industrial Research in Pretoria discussed the synthesising and engineering of such systems.

How animals are affected
The school even delved into “magnetic orientation” in animals.

Thorsten Ritz from the University of California, Irvine, presented a lecture series based on the proposal that quantum mechanics can explain the mechanism whereby certain migratory species sense variations in the strength and inclination of the Earth’s weak magnetic field, thereby determining their geographic position.

We feel sure that the cutting-edge quantum biology research being done in Durban is now on the international science map. Many exciting projects and collaborations flowed from this summer school, which followed the Centre for Quantum Technology’s quantum biology workshop in November last year. And emerging technologies with the ­ability to produce clean energy, like artificial leaves, should leave the other sciences green with envy.

Adriana Marais is a PhD student in the field of quantum biology at the Centre for Quantum Technology, University of KwaZulu-Natal. Dr Ilya Sinayskiy, a National Institute of Theoretical Physics researcher, is also at the centre. Professor Francesco Petruccione is the South African research chair in quantum information processing and communication, head of the centre and deputy director of the National Institute of Theoretical Physics.