Watch This Space: Expanding Our Imaginations And Our World 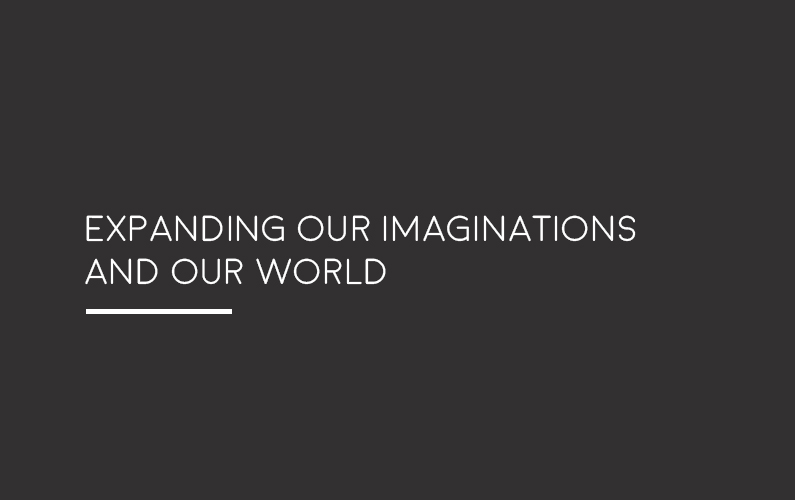 I find myself living at a very particular point in the almost 4 billion years of the evolution of life on this planet.

I feel extraordinarily lucky to be alive right now, when for the very first time, we are able to investigate terrestrial life on scales smaller than the size of atoms, as well as look to the skies for evidence of extra-terrestrial life many hundreds of light years beyond Earth.

This beauty, this complexity, this body of knowledge that we are creating as humans, flies in the face of the second law of thermodynamics, which describes how things tend to become more rather than less disordered as time goes by.

In spite of being participants in this physically unlikely era of human information creation, I believe we are often not open to seeing the bigger picture. Perhaps because in this age of information inundation, we feel more comfortable forgetting how much we still don’t know…

I want to be the most improbable human that I can be. I am prepared to give up my life here for the unprecedented contribution I would be able to make to the sum of human knowledge from a new world.

I want to be one of the first citizens of Mars.

As a researcher in the field of quantum biology, and more recently in a field I would like to call quantum astrobiology, I spend a lot of time inside a huge picture of reality that extends from the tiny scales where atoms exist, out to the edges of the universe billions of light years away, on the quest to understanding life.

What I see is that living systems, and in particular humans, are doing something very improbable here on Earth. In a vast universe, so far, we represent the only instance that we know of, where collections of molecules (because that’s what we are) have observed reality, made sense of it through language, and finally found ways to record and communicate this information, which has culminated in the Internet — in my opinion, one of our finest moments.

What I find perplexing is that in spite of living in this improbable era where many of us have the sum of human knowledge at our fingertips, rather than rejoicing in the expansive picture we have of reality, and in the spirit of exploration and discovery of the vastness of what still remains unknown, many people are overwhelmed, unnerved and indeed find it incomprehensible that I want to move to Mars, on a way-way trip.

Billions of years of evolution of life on Earth have culminated in the possibility of us calling another planet home for the very first time. Untold discoveries lie in wait, including the possibility of finding evidence of life there, which would be a giant leap in terms of understanding who we are, where we come from and where we are going. I have applied and been short-listed along with 99 others from around the planet with the Mars One Project, to go and live on Mars because I would be prepared to sacrifice a lot for this idea, this adventure, this achievement, that would not be my own, but that of all humanity.

My ancestors made the hazardous five-month trip from Europe to the southern tip of Africa in 1688 without any intention or means of return. I am the 11th generation of descendants of Huguenot refugees from France, now proudly South African. And 500 years from now, there may well be human Martians telling tales of the perilous one-way journey their ancestors made in the early 21st century from Earth.

I believe that leaving Earth is necessary for the long-term survival of our species. But also that surviving the relatively hostile environment on Mars will lead to new technologies that will help us on Earth — to tackle climate change, poor resource management and the poverty in which so many of us live. Life on Mars will be a precious and fragile resource, and I believe that an attitude of deep appreciation for life and all that is needed to sustain it will characterize morality on Mars. And also, I hope, influence the way people think on Earth.

This is what we have always done as humans and what we will continue to do. we observe, we dream and we expand our horizons through the realization of these dreams. I want to add to the sum of human knowledge by contributing to the establishment, and possibly the discovery of evidence of, life on a new world.

Why I want to go to Mars is simple: to me the allure of the unknown has always felt far more powerful than the comfort of the known.