Why I Am Giving Up Life On Earth For Mars — Adriana Marais, South African Physicist 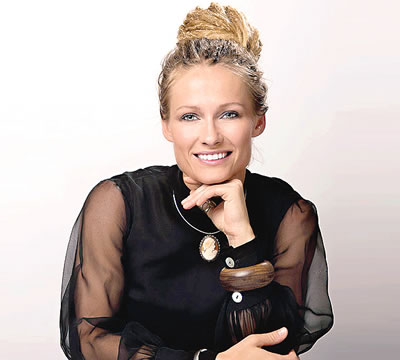 Adriana Marais, a South African theoretical physicist is among a group of 100 people in line to be selected to embark on a one-way trip to Mars known as the Mars One. In this interview with NAZA OKOLI and other journalists, Dr Marais, who is currently doing a research in the field of quantum biology, speaks of her passion and determination to relocate to the Red Planet.

Why I want to move to Mars

Earth is not perfect. The population is growing exponentially, and there are several problems we have created that we may have no way of solving. Take global warming, and the harsh economic policies that have crippled development in many parts of the world. It would be good to have an alternative planet for humans.

We are currently hundred. The number will be reduced further from time to time. It is a one-way trip, and that means the intention is not to return to Earth.  We believe the infrastructure already exists to get there. Coming back is another story. Of course, there are no plans for now to come back. The idea is to set up some settlements, to demonstrate the feasibility of living in Mars, and we believe everything else would follow. If people survive, I’m sure there would be many more people willing to move from Earth to Mars, and more technological development would come. So we would be building it; we would be manufacturing fuel on the surface of Mars; we would be building a launch pad for the rockets.

For me, being a part of this team is part of the excitement, part of the joy, part of what I am excited about; other people may find it terrifying, but I find it extremely exciting. I guess it is a part of my personality. But we need adventurous people in society. My family and friends are extremely supportive. I have only one friend who isn’t supportive. All my other friends and my family are excited that I am a part of a mission that is important.

You can compare our daily life with that of astronauts. On Mars, we would lead normal lives. At first though, we would need personalities that are adventurous. There will be no children, at first. There will be a lot of scientists, engineers, because we will need to fix appliances, and there will be doctors as well.

In many ways, it would help encourage the spirit of adventure and exploration. If you are looking at our motivation for moving to Mars, personally it is curiosity. Appliances and equipment that would ensure our survival on earth would be immediately applicable here. I am talking about solar technology, growing crops in small places where the climate is not perfect for growing crops. During the 60s and 70s, more students enrolled in science and engineering degrees than ever before. There was a spike. Why? Because they saw people walking on the moon, and they were inspired to also get involved in the development of technology. So when we step on Mars, whether it’s an ideological thing or just an idea in a child’s head, there will be this idea that we can dream big, and that we can do anything. The internet, the smart-phones, all of these things happened because of these students who studied science in the 60s and 70s. So now, what do we do with these things? What do we do with the internet and the developments in computing?

On the ownership of Mars

Issues like the legal system and how the society works are some of the most interesting aspects of the Mars One Project. But the truth is that we can’t predict how these things would work. I think the spirit of the Mars One Project is that it is a collection of human beings. It is not limited to Europeans or North Americans like the rest of the space programmes. For now, we have citizens from all over the world. And the idea is to ensure there is a voice from every continent. I don’t know what ownership would mean in Mars, but certainly the people that would get there first would determine how the society would work.